Biodynamic Agriculture - What is Essential?

Biodynamic Agriculture - What is Essential?

500 people from all over the world streamed into a freezing Dornach for the agriculture conference at the Goetheanum. "Forward to the Source" was this year's theme. Gardener Reinhild Schooss attended and now reports:

I left last year's conference feeling enriched by the new tool for working with people (Carl-Otto Scharmer's U-process) and by the many intense encounters I had experienced. This year I came to the conference with the question: "How can this new tool be used to serve the biodynamic movement?"

The central question asked: "What is the essential?" was explored by the opening lecturers in many different ways, for example by Helmy Abouleish of Sekem and Monika Griefahn of the Right Livelihood Award Foundation. It became clear that the four levels of listening and speaking developed through the U process and especially that of empathetic listening were to be the basic tools of the conference. I felt encouraged to seek out the essential and to look and listen into the world.

The Michael Letter (Anthroposophical Leading thoughts) which started each day with an exploration of sleeping and waking and their spiritual interaction carried the conference in a very special way. The keynote lectures which followed led into the day's theme and opened the door to personal engagement. During the morning workshops held in several languages the day's theme was explored individually and together around tables in groups of four. This meeting through dialogue enabled me to listen in and through to the essential. I experienced a collective struggle to achieve empathetic listening and speaking.

The artistic courses in the early afternoon took the themes to another level while the experiential sketches which followed were intense, short and very personal descriptions of initiatives for bringing about a better world. Amongst them was one from Benedikt Haerlin who had helped produce the world agriculture report, Ben and Konomi Campbell from Japan and Stephane Fernex from France. The afternoon ended with a plenary session during which individuals could share their experiences. Sharing our reflections on the core content of the day using very few words was a real challenge. The evening artistic offerings rounded off the day in a full and refreshing way. The conference structure enabled me to participate inwardly and outwardly in equal measure.

I believe this conference succeeded in unveiling something very individual through the intensity of our meetings. It encouraged the expression of what we have in common without losing what is individual. Very modern and universally applicable answers can then be found to the following questions: "What is essential within the biodynamic movement? What are our common sources of inspiration? What links us with other initiatives to which we are connected? Through the many meetings with other active biodynamic practitioners I could once again experience and learn a lot. Now we need courage to go forward to the next conference. One thing became very clear. Every single individual is important for the new future. 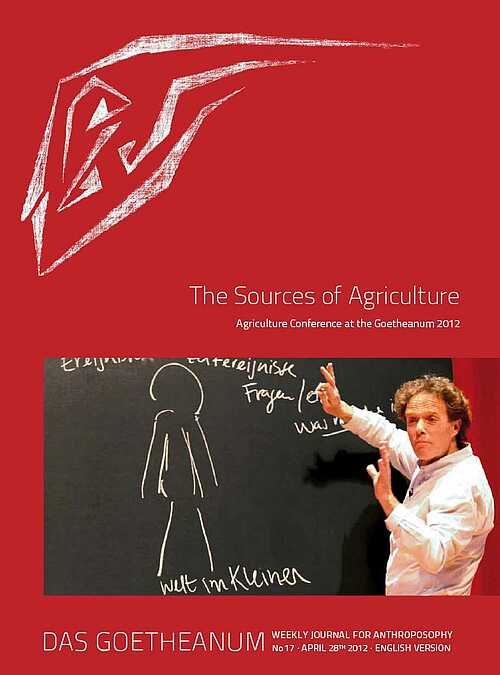 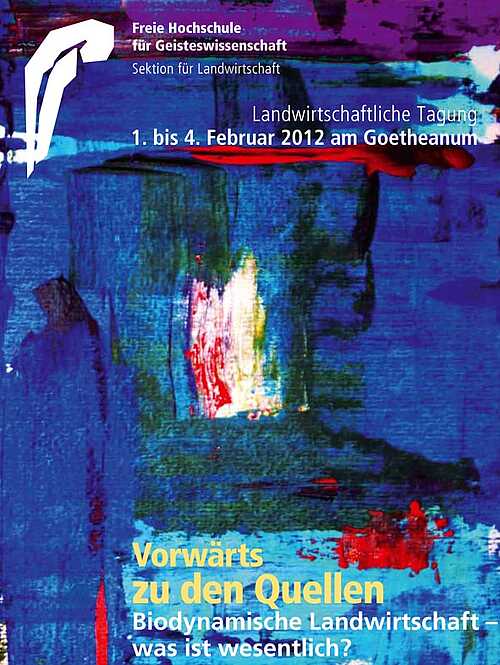 Section for Agriculture at the Goetheanum
fon +41 61 706 42 12
landwirtschaft@goetheanum.ch