Report on the online course "Nutrition and biodynamic food quality"

"The course was excellent", was how an Argentinian chef and nutritionist who teaches in biodynamic education summed up her feedback.

"Aroma painting" was one of the exercises from the course that most participants would like to continue to practise. In this exercise, they were asked to taste honey and sugar one after the other and to draw a picture of each using pastels without thinking about it. This method is what its originator, Torsten Arncken of the Natural Science Section at the Goetheanum, calls "symbolising pure, concept-free perception". It points to qualities and is particularly exciting when a group of people draw the same subjects. In the course, common characteristics of sugar versus honey were clearly visible, regardless of whether someone had drawn them in India, South Africa or Brazil.

The online course, run in May and June by the Section for Agriculture as part of the Deepen Biodynamics programme, was organised in such a way that there was one date every four weeks with contributions, impulses and joint discussion, and another with exercises and a sharing of ideas about these. The first two weeks were dedicated to the basics of dynamic nutrition and the concept of vitality, as well as the life processes "growing" and "maturing" or "differentiating" as the quality-forming processes in plants. In the following two weeks, the topics of the intestinal microbiome, mindful eating, and methods of quality investigation – in particular copper chloride crystallisation – were defined and studied in greater depth. "You will not be given recipes and instructions for what to do. We will not tell you to eat more vitamin A or that this vegetable is recommended but that fat is not," Dr. Jasmin Peschke stated, describing the concept of her course. It is about stimulating experiences, becoming capable of making judgements and developing one's own abilities with regard to food and one's personal diet.

Keynote speeches by various speakers such as Petra Essink, Anna Perret, Dr. Jasmin Peschke, Jean-Michel Florin and Paul Doesburg were worked on in more depth through discussions in small group and exercises.

An Indian nutrition therapist and biographical counsellor wrote in feedback, "It was a beautifully put together course combining all aspects of nutrition, body, mind, soil, agriculture and plant quality analysis with interesting discussions during the practice sessions." In addition, an art therapist from South Africa wrote enthusiastically, "I learned a whole new way of choosing food!"

Sarah Sommer, the person from the Section for Agriculture responsible for organising the online courses, was entirely satisfied. The current topic of the online course again appealed to and connected many people. The 26 course participants, predominantly from outside Europe, formed a wonderful group. Of course, an online course means sitting down alone in front of the computer and meeting people on the screen, but one participant said, "It was worth the effort to sit in front of the computer."

The concept and some of the material will now be transferred to other countries. In practical terms, this is planned for Malaysia where the Kongsi Academy (https://kongsicoop.my/) will offer a course in Mandarin in the autumn. A further partnership in South America is currently being examined. 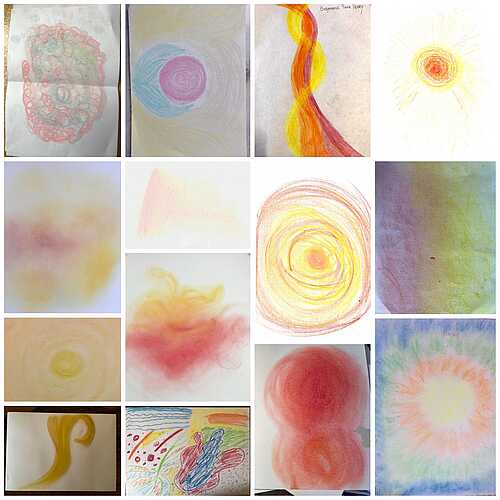