Around 1.3 billion tons of food are thrown away globally every year – a third of the entire annual food production. Each food item has a history and each item that is thrown away although there is nothing wrong with it could help those who are starving.

Rising temperatures, in connection with water shortage and extreme weather, and the blockage of export routes for food such as from Ukraine illustrate that one cannot rely on the availability of food. In addition, each item of food has its own history. “The taste of a cucumber does not depend on its curvature; and a cucumber that is not quite as juicy and firm as one expects might be an indication that the gardener had problems watering the plants,” says Jasmin Peschke, head of nutrition in the Goetheanum‘s Section for Agriculture. The nutritionist knows of farmers whose 2022 harvest dried out despite all their efforts and whose existence is consequently under threat.

Food waste amounts to around 1.3 billion tons a year around the world. A third of the food produced – huge amounts of fruit, vegetables, bread – are thrown away. At the same time 830 million people in the world are starving. “It is a distribution problem when so much food is wasted while there are people who have not enough to eat,” says Jasmin Peschke, who is concerned because “farmers and gardeners do not only produce goods but also values such as biodiversity, soil fertility, animal wellbeing, landscaping, training and much more that is important for our health.”

Referring to the 2022 World Food Day Jasmin Peschke points out that “the conjunction of crises like the ones we have seen in 2022 can make us aware of where food comes from and under what conditions it is produced. Interest in these factors and in the people behind them can result in validation and the assuming of responsibility.” 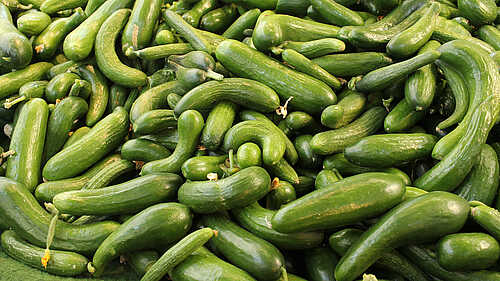