Interview with Ueli Hurter about the Agriculture Conference

Michael Olbrich-Majer: The number of participants brought quite a buzz to the conference, there were many convincing and well-tried attempts at achieving a fair and sustainable production chain beginning with farmers and CSA through to true cost accounting.  It was also clear that new ways need to be found for assessing the value of agricultural products.  Do 'associations' offer the 'royal' route?

Ueli Hurter:The suggestions listed are all innovative and in many places already proving effective.  There is no need for a 'royal' route but many different 'peasant' routes. What can be of real help however is a leading star. Could the star around which these various paths orientate themselves be the associative economy? I believe it can. Associative economy is then not ONE path, but the focus of many paths. It is as I see it, not a technical solution, but a space for social and economic innovation, for a modern economy respectful of human dignity.

MOM: Forming associations sounds like the implementation of concepts and the legal foundation of new organisations. Is that how it proceeds?

UH: I think we have learnt during this conference that theory and experimentation must go hand in hand in the real world economy.  Without a 'somersault' in our thinking i.e. thinking about economy in a new way, it will not be possible. And without the trial and error of everyday economic life, it will also not work. If later on, this leads to a more formal founding process, it can only be welcomed.

MOM: What is the potential of associative working?

UH: The potential for an economy that respects human dignity is in principle as large as the whole earth and as powerful as humanity as a whole. On a practical level I think that for around three years we have a window of opportunity for really moving forward in the biodynamic movement and organic market. One of the aims of this conference was to inspire and encourage the creation of a new future. I believe the seeds have been sown and that we now have to await what develops in the field.

MOM: The Economics Group of the Section which together with Demeter Germany helped to prepare the conference, put together a charter for associative economy – what effect is it having?

UH: The Charter is the path of transition from theory to practice. Those signing the charter must now put the principles they have proclaimed into practice. The Charter has a federal constitution which means that every business is free to determine how to implement the principles. This concept of self-determination has a different social basis to the compulsion of the Demeter standards and therefore needs as I see it, a different administrative organ – the nucleus for which is formed by the community of charter signatories.  Over the coming months it will become clear whether there is sufficient impetus to bring this about. It will of course also be independent of the Section, which will continue its task together with the Economics Group of providing a forum for the study of economic questions.

MOM: Associative working is the basis for fairer marketing and pricing as was shown by the contributions of several food processors and traders including Voelkel, Eosta, Oikopolis and in part also the Swiss report about the engagement with COOP. How can this approach be expanded more widely or at least to begin with in Demeter?

UH: Expansion can only occur through growth. It cannot be imposed by an organisation. I count on associative economic principles being implemented on an individual basis and look towards a coming together of initiatives like the community of charter signatories, the CSA network and others. I believe that we are dealing with a sister impulse of Demeter. If it is to be fully realised it will need to have a certain independence from Demeter.

MOM: A very different theme currently occupies the organic sector, at least it does in Germany – the dominance of the large concerns, organic supermarkets and conventional food stores. Can the associative concept be of help?

UH: That organic and Demeter are no longer the sole operatives in the organic market is a fact in many European countries. I think this is now irreversible. It has a positive aspect in that more land and more people are engaged. There is also a negative side in that our movement is threatened by a trend towards conventionalisationt. It is precisely in this context however that I am convinced that associative working will have a decisive role to play. The deeper, more genuine and consistently associative the marketing arrangements become, the more resilient and effective will they be for the future. 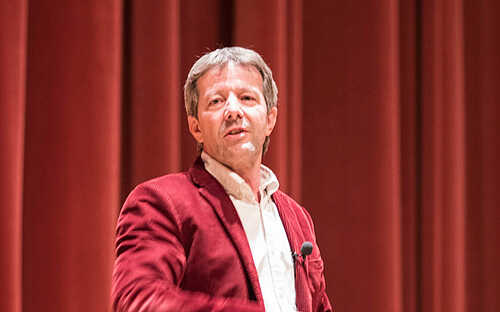